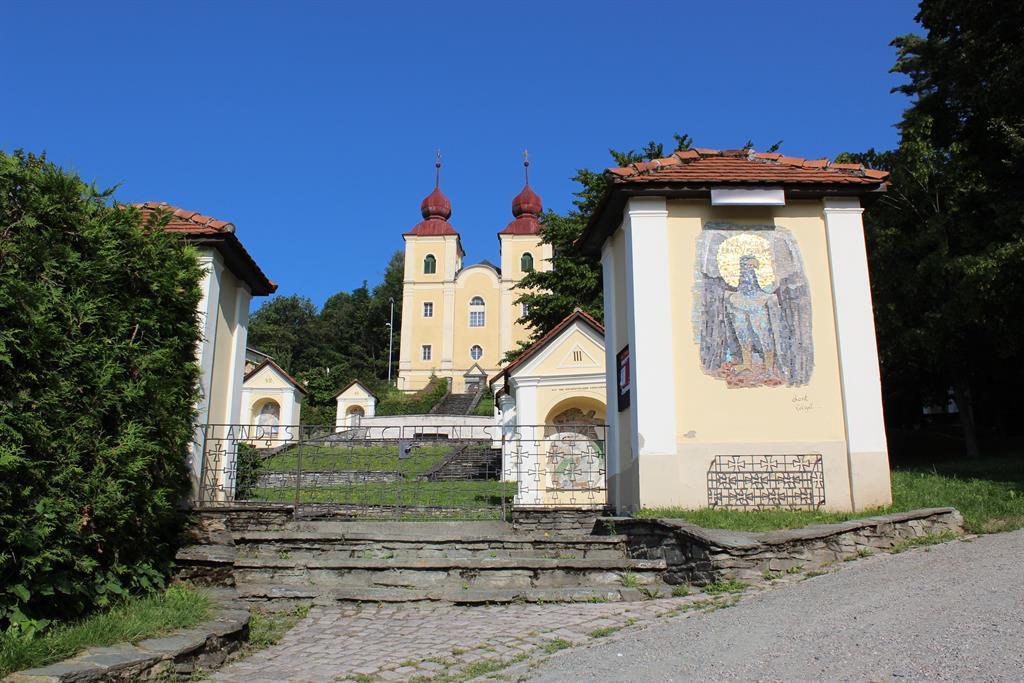 The church itself is a Baroque building with a square nave, the eastern façade which faces the town has a pair of towers with Baroque onion-shaped domes and a plain pilaster structure. The high altar made of stucco marble with smooth and twisted columns was erected in 1740. The altarpiece, ‘Lamentation of Christ’ by J. F. Fromiller, and the Baroque figures of Saint Franz Xaver and Saint Johannes Nepomuk adorn the interior. 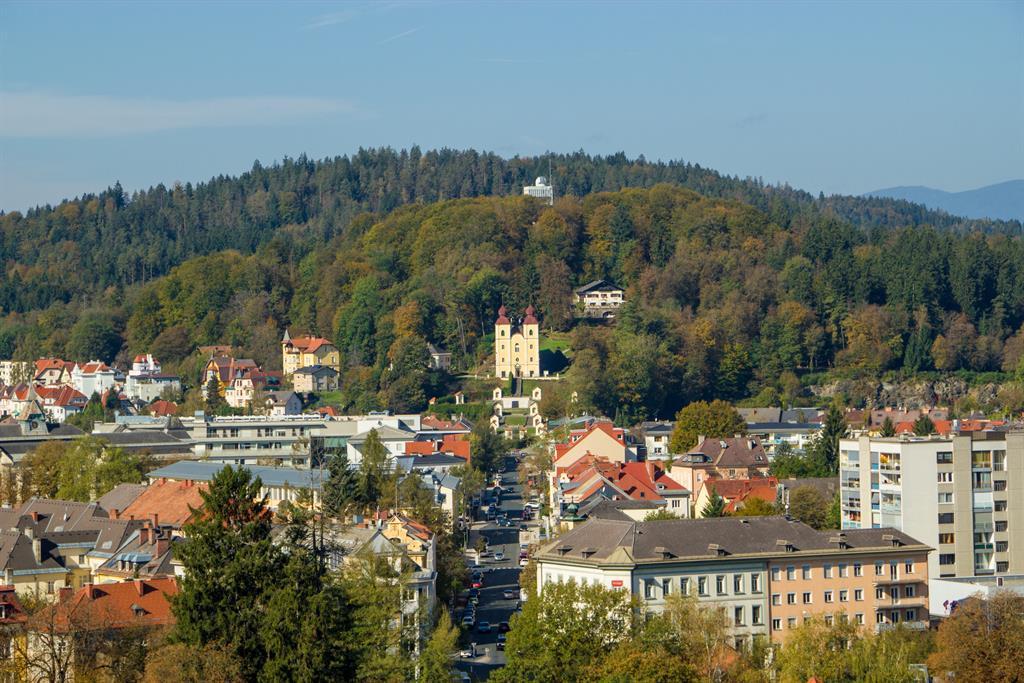 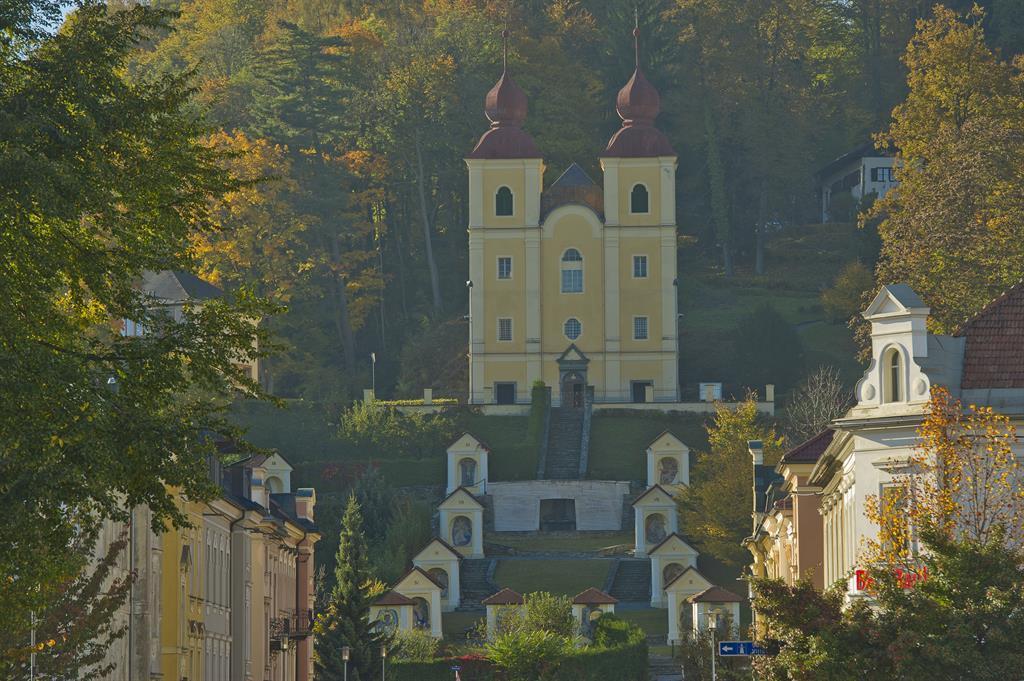